Any CTD or sensor may eventually exhibit data spikes and noise upon entering the water. Separate from gradual sensor drift, these problems manifest as erratic data that can jump outside of a reasonable range, only to return to normal in the next sample. These spikes may appear intermittently, or can persist throughout the entire cast. In order to address these problems, it is important to determine the root cause: are your sensors malfunctioning, or is electrical noise seeping into the data transmission?

Four areas cause the majority of data noise:

Before hacking at the sea cable, take a step back and try to understand the problem. Ask the following questions:

●  Do spikes appear in all data channels? Or are they limited to a single sensor?

●  How extreme is each spike? Are the data completely unreasonable, or could this feasibly occur in the environment?

●  How erratic are the spikes? Is there any pattern to their appearance?

●  Do spikes occur only in derived parameters? Or do they occur in the raw data and primary sensors?

●  (SBE 9plus only) Does the Modulo Error Count increase throughout the profile?

Data plots in SeaSave are often where spikes are noticed first and present the first clues leading to the problem’s source. Plotting certain data channels in SeaSave can reveal signature patterns associated with common problems, helping to answer the Initial Questions and identify the source. 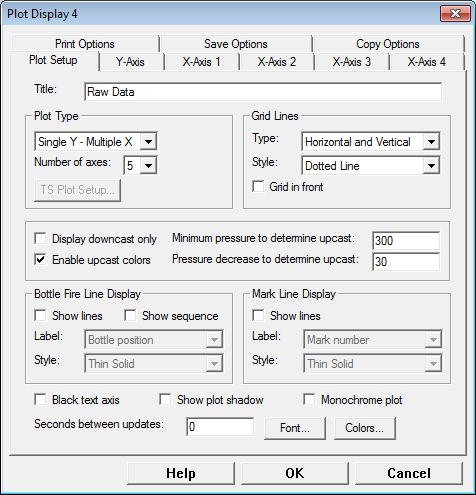 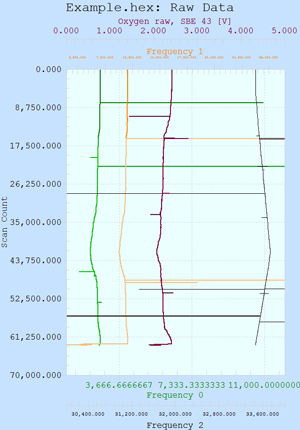 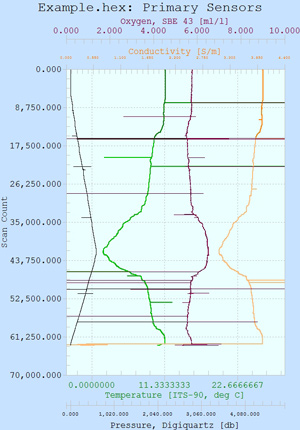 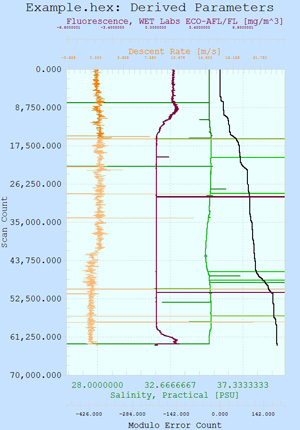 Once SeaSave plots are available, reconsider the Initial Questions to begin a more focused troubleshooting approach. 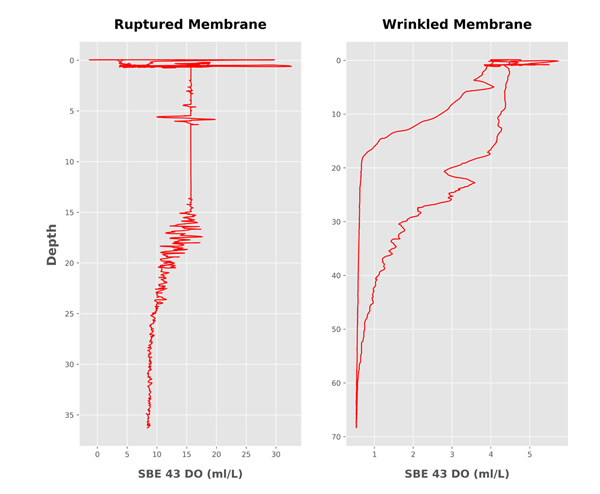 
NOTE: Cable/connector noise is often generated from moisture contacting the pins. Clean in-air data is not a definite indication that the problem is fixed, and an underwater test may require a deeper cast, especially if noise did not appear until a specific depth.