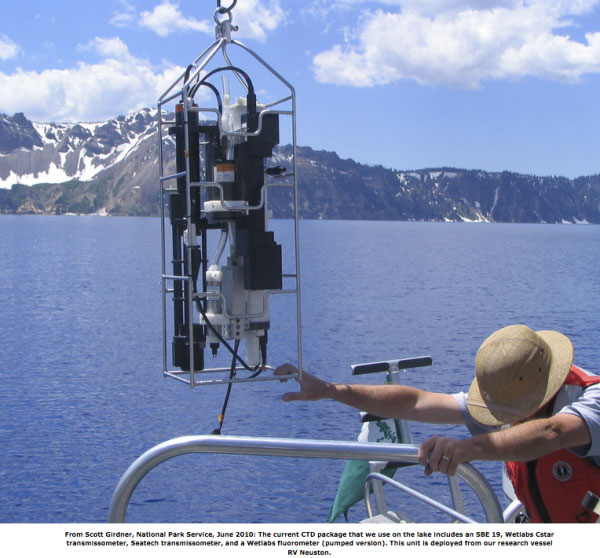 “How far can we see?” This is a critical question to mine hunters and explosive ordnance disposal teams. The C-Star Transmissometer can provide an underwater measurement of beam transmittance at 532 nm to align with peak of our visual spectrum.

Visibility is a generic term that can mean many things. It ultimately predicts the ability of some observer (human or instrumental) to detect some object in a given environment. The resolution of the visibility problem can thus be very complex. For some situations, however, a simple solution to this problem exists. This occurs when the object is relatively large (0.5 meter to several meters) and in which we are interested in determining the overall visibility of the object, i.e., at what distance can one just barely see the object. If there is ample daylight, the visibility of such an object in the horizontal direction can be given by a single parameter: 4.6 divided by the photopic beam attenuation coefficient, where photopic refers to the spectral sensitivity of the human eye.